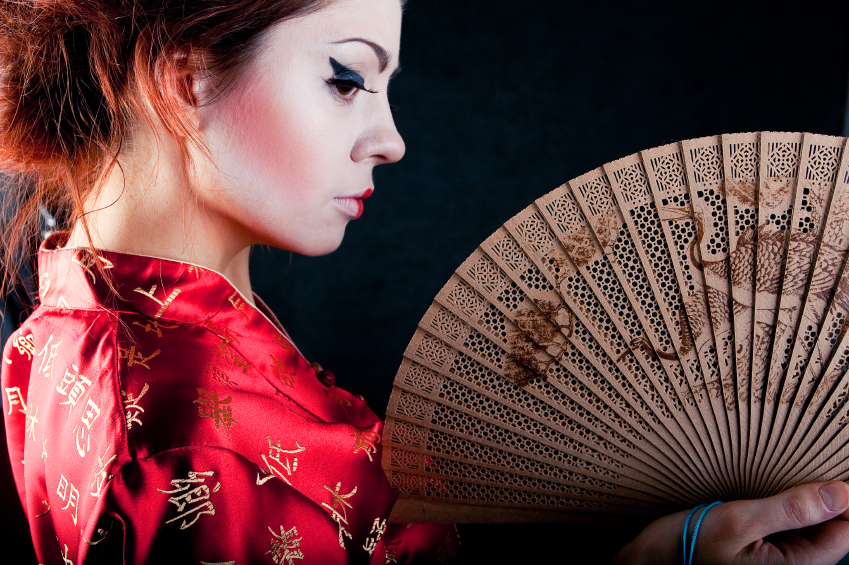 For centuries, Geisha’s have intrigued people across the globe with their mysterious and beautiful makeup. Ancient Eastern beauty, in and of itself, is something mysterious to most as many beauty secrets were never released to the Western world – until now. One could only wonder what a Geisha’s face must look like underneath it all. Until recently, it wasn’t a well-known fact that Geisha’s, without their makeup, have absolutely flawless skin. As we have learned, Japanese tradition and skin care rituals play a huge role in their prime skin condition.

Today, OROGOLD would like to reveal to you the secrets of flawless, perfect skin that you can attain yourself – just like the Geisha’s of Japan. With three main ingredients as their skin cleansing regimen – green team red algae, and rice – they are able to attain complexions worth every bit of envy they receive.

It Begins with Cleansing

Much like the traditions in Korea and other Eastern civilizations, the cleansing rituals of the Japanese and the Geisha’s are strict and rigorous, resulting in what we believe to be flawless, perfect, gorgeous skin.

The first step a Geisha takes to ensure beautiful skin is to cleanse with special blend of Camellia cleansing oil. From there, they cleanse with a rice based skin polish (assuming they currently had no makeup applied to their face). After this second step was completed, the Geisha would moisturize and hydrate the skin with a good licorice based serum, and from there, use a moisturizer comprised of silk. The silk and licorice blend combined would actually prime the skin naturally for heavy doses of makeup as they tend to wear. Despite the generous amounts of makeup they wear on a daily basis, their skin still manages to stay baby soft, smooth and blemish free.

Geisha’s also tend to gently exfoliate their skin on a daily basis rather than abrasively attacking the skin once per week as is done in the Western world. In the USA, women are taught to exfoliate their skin one to two times per week using an overall abrasive exfoliant. Perhaps we could take a lesson from the women of Japan and re-think the way we exfoliate and care for our skin.

Does it Really Work?

With all of the above having been said, we must agree that the beauty regimen of the Geisha is one that works, and they must be doing something right.

When using the type of skin care regimen the Geishas use, the skin is able to stay smooth and soft all day long, without oil buildup or shine. Even under makeup, the skin stays flawless, enabling a healthier, happier appearance.

It took many years of searching and digging, but now we are better able to understand the secrets of the Geisha’s beautiful appearance, which had been revealed due to the finding of a 200 year-old book which detailed the specifics of their daily skin care rituals.

Now that the cat is out of the bag, we are curious as to how many of our readers are actually going to give this skin care regimen a try.

Let us know below if you have personally tried a similar skin care routine, and what your results were. OROGOLD would love to hear your comments and thoughts!