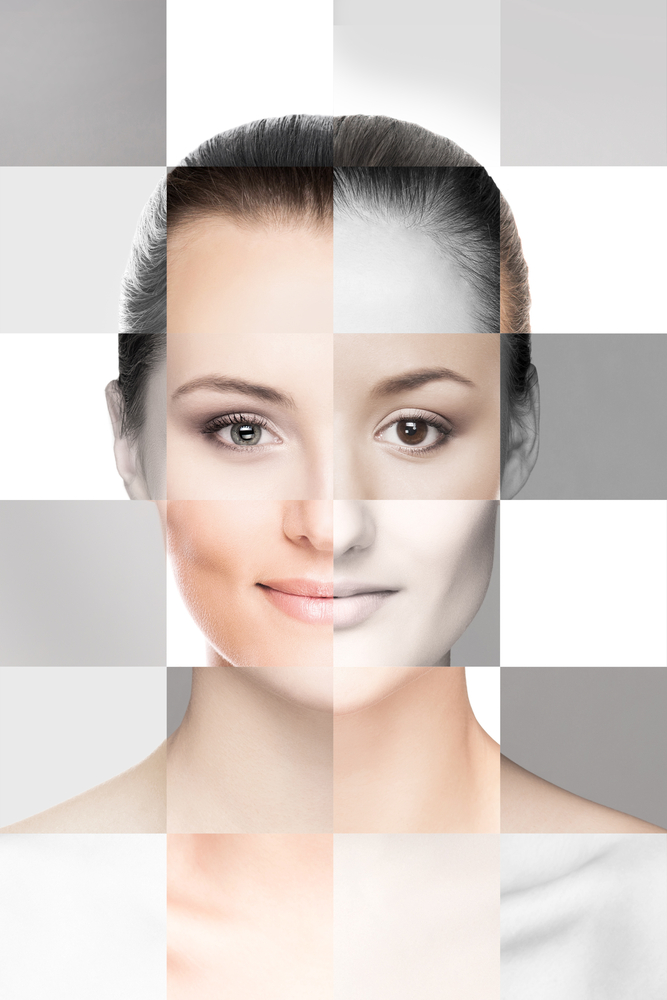 Acne’s seemingly endless existence among humanity has lead to a lot of popular and not-so-popular ideas about it and how to treat it. A current set of ideas appearing in beauty circles are ostensibly based on a variety of Eastern medicine that varies depending on the source. It is most commonly credited as being a part of ancient Chinese medicine, but it is also attributed occasionally to Indian medicine. OROGOLD can’t comment on how good these ancient ideas are, but what we can do is explain the ideas to you. Then you can make up for your own mind whether to seek out more information for yourself. The basic idea of face mapping is that where your acne occurs gives an idea as to your internal health. Each possible map varies in complexity, but for the sake of understanding we’ll be working with a simpler version.

Forehead and Eyes
Most models for face mapping associate the forehead as being with digestive issues and disorganized sleep. As a result, diet change tends to figure heavily into treating and preventing breakouts in these areas. Most suggestions for this area involve dropping sugary or overly fattening foods in general from your diet and switching to drinking water more than any other drink. The upside is that this will improve your whole health in general, which should improve your skin’s health in turn. A more comfortable body is also more likely to rest easily. Not surprisingly, below the eyes is particularly associated with sleep disturbances and dehydration out of the entire area. Less alcohol, less fat, and more water are the general rules to take away from using face mapping for these areas.

T-Zone and Cheeks
In the case of the nose, it is associated most commonly with drinking an abundance of alcohol. This is, strangely enough, potentially rooted in actual observation of the symptoms of people fond of alcohol. A particular set of changes to the body is known to cause a reddening of the nose and surrounding area when people have consumed too much alcohol for too long. The cheeks, by contrast, have less obvious associations. Most face mapping models credit them as being signs for lung and tooth health. In summary, breakouts in these areas are often associated with use of substances such as alcohol or tobacco in excess. OROGOLD suggests, regardless of face mapping, that there is some merit to remembering the phrase, “Everything in moderation”.

Chin
Many women can vouch for the associations of the chin with hormonal fluctuations. As a habitual problem area, this likely has truth to it like the associations of the nose. Unfortunately, there isn’t much suggested for dealing with breakouts in these areas. General tips tend to revolve around avoiding stressful situations that can exacerbate any hormonal shifts at the time and maintaining a healthy lifestyle that lets your body cope more readily with stress. Doing this should help keep breakouts from becoming any worse than they typically are at the very least. At least one model associates the area with digestion as well, so it can’t hurt to just work on improving your overall diet either.

And there you have it. This is not a complete guide to face mapping, but that is difficult to achieve given how many versions of it are out there. Some links to facial areas are clearly based in reality, but others seem to have associations that make no sense. OROGOLD can’t honestly recommend using face mapping as a proper guideline to your face due to the lack of full support for the ideas. However, a number of the general rules in face mapping tend to revolve around positive diet changes and healthy living. This we can support as it has been shown repeatedly that taking care of yourself properly helps promote skin health. So if you’re worried about your skin’s health, reach for the glass of water for dinner next time instead and consider eating more leafy greens. It certainly can’t hurt.