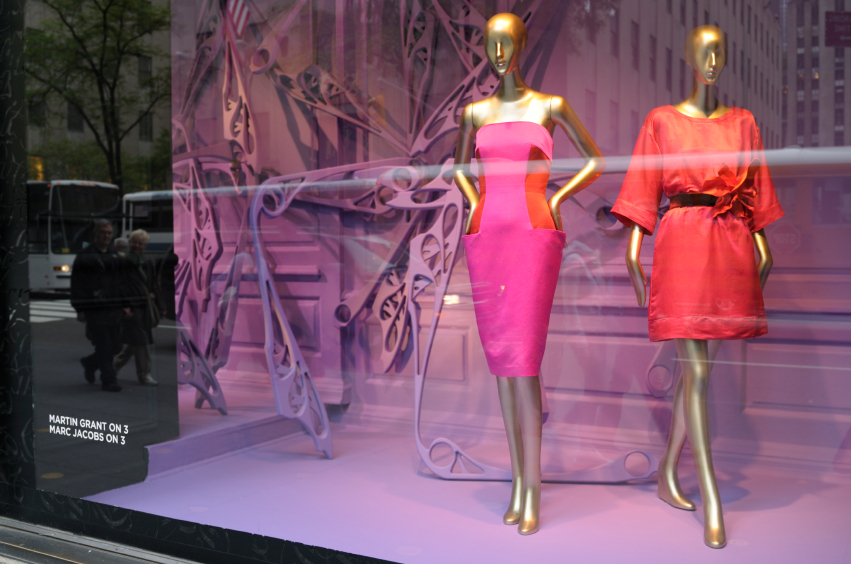 A number of luxury brands came up with exciting marketing efforts and integrated multichannel campaigns in the year 2014 that are really worth talking about. The year 2014 was all about seeking beneficial associations to reach out to the consumers on a personal level and associate the brand with their interests and their hobbies. The year 2014 also saw many brands move away from their comfort zones in order to reinvent themselves and redefine their image. OROGOLD Cosmetics salutes the top luxury marketing efforts of 2014 in this article.

Anya Hindmarch, a British accessories brand, set up a mini-mart themed boutique on Mound Street, London. The store resembled a regular convenience store and featured metallic potato chip styled handbags and cereal box inspired totes. The handbags were displayed in shopping carts and the shop also sold ice creams and soft serve cones. The campaign was extended to the social media through a beautiful Instagram video and Anya Hindmarch also teamed up with Kelloggs to distribute Fashion Flakes, a limited-edition cereal, during the London Fashion Week.

Audi was recognized for its multichannel campaign to celebrate the launch of the Audi A3 model that hit the US in April 2014. The campaign revolved around a TV feature that included a number of celebrities, including comedian Ricky Gervais. The main commercial of the campaign was “Dues” that showed celebrities going about their regular routines while humming “We Are the Champions”. Audi also expanded the campaign with the “Paid My Dues” campaign that showcases the tales of resilience and adversity in a live event that took place in Santa Monica.

One of the most talked about campaigns was the Faberge Big Egg Hunt that was sponsored by the Russian jeweler Faberge. About 200 egg sculptures were created for the event and placed all over New York City. The event claimed to enjoy the status of being the largest deployment of Bluetooth-enabled beacons that offered participants of the egg hunt with rewards, important information and access clues. The eggs were cracked about 124000 times within a week. Once the event ended, all eggs were auctioned off by Sotheby’s at the Rockefeller Center and the proceeds went to two separate charities.

Hubolt, a popular Swiss watchmaker, made the most of the FIFA World Cup craze with its Hubolt Loves Football campaign that was launched in the weeks before the World Cup. The campaign took Hubolt from country to country where local coaches were awarded timepieces, events were hosted and the “Official Watch” of the soccer matches was launched. The brand also rounded its entire campaign with a micro site that featured live FIFA World Cup updates and showcased branded content. It also allowed Hubolt enthusiasts to enjoy a variety of games and also watch a live stream of the Hubolt Palace.

The EmotiKarl icon from Karl Lagerfeld

Karl Lagerfeld spent a lot of time curating his fashion label’s fragrance portfolio with an exciting touch point approach that tried to increase awareness of the new range. After a 10 day countdown that featured cartoon hands with Lagerfeld’s signature black leather gloves, the brand debuted its fragrance for men and women at Harrods, London. The brand also created a micro site, KarlParfums.com, that allowed consumers to explore the fragrance through a campaign video.

Ralph Lauren extended its offerings beyond accessories, homewares and apparel to include finely roasted coffee beans under the brand. The brand introduced its coffee on social media and also created a Twitter account to build awareness of the product and the branded coffee truck. The Ralph Lauren flagship store now features an in-store coffee shop that serves Ralph Lauren baked goods and brews. This coffee shop has antique bistro-styled chairs, marble tables and wooden benches and it can seat up to 22 guests.