Do You Use a Humectant? Here’s Why You Should…

Do You Use a Humectant? Here’s Why You Should…

When it comes to skincare, there are so many different ingredient groups that are each beneficial in their own way. Antioxidants are always popular, as are vitamins and minerals.

However, one group of ingredients that many often forget about is humectants. Your skin naturally contains some humectants, most notably in the form of hyaluronic acid, but natural levels of these decline significantly with age, making it so important to incorporate plenty of humectants into your skincare routine.

What Exactly Are Humectants?

Before learning about the many different humectants out there, as well as how you should be using them, it is vital to first understand exactly what a humectant actually is.

Humectants are hygroscopic substances, meaning that they have the unique ability to attract water. Think of them like a magnet, but for water instead of metal.

Where do humectants get this water from?

Usually, from the air around you, which naturally contains moisture. However, when there isn’t enough moisture in the air, which is often the case during the dry winter months, a humectant will draw out water from the deeper layers of your skin. This can actually cause more harm than good, which is why you need to be using a humectant correctly in order to obtain its full benefits. 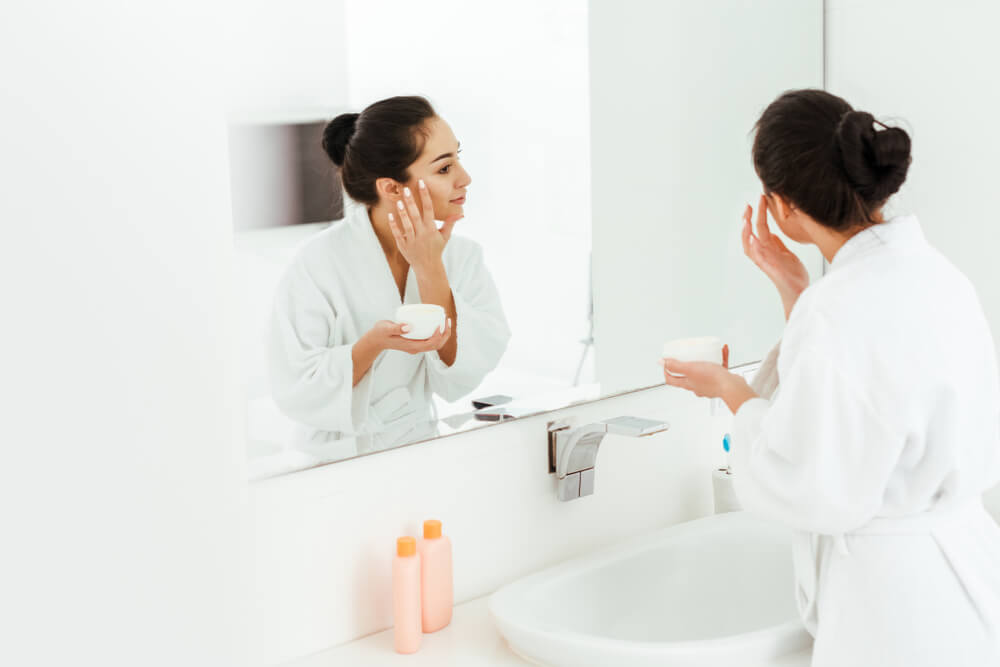 How Do Humectants Benefit the Skin?

As you know, humectants attract water, which is something that the skin requires in order to thrive. When you apply a humectant to your skin, the water that the humectant draws in will then be delivered into your skin cells, immediately hydrating them and giving them a plumper and brighter appearance.

There are several humectants out there, and each one will have their own additional benefits, making it worth understanding the differences between each.

All of the many different humectants out there can be split into one of two categories:

It is often easy to assume that natural is better, and while this may not be the case for many other skincare ingredients, it does apply well to humectants.

Of course, both synthetic and natural humectants work well at attracting moisture and providing this to skin cells. However, if you plan on using a humectant over a long period of time (which you really should be doing!), you may find that you have better results with a natural humectant.

Because synthetic humectants can sometimes have the effect of drying out the skin when used in the long term. On the other hand, natural humectants usually have a number of other skin-boosting properties too, making them quite the multi-taskers.

Here are some of the most popular, as well as the most effective, humectants available in the industry…

Hyaluronic acid has already been mentioned above, with this being a humectant that is naturally found in your skin and in your joints. While your body produces plenty of it during its youth, the amount it creates reduces with age, which is a large reason why the skin becomes much drier as it grows older.

Even if you weren’t already aware that the body naturally produces hyaluronic acid, this is an ingredient that you have likely heard about before. After all, hyaluronic acid has become quite the superstar when it comes to skincare ingredients.

What makes hyaluronic acid so great?

The fact that it is one of the most powerful humectants out there. Hyaluronic acid is able to hold up to 1000 times its weight in water, meaning that just a small amount of this ingredient could have a huge impact on your skin’s hydration levels.

When applied topically, hyaluronic acid is able to:

In fact, hyaluronic acid is so effective at what it does that this is often the ingredient of choice when it comes to filler injections. It can truly transform the appearance and texture of the skin’s surface, which is the reason why hyaluronic acid is one of the key ingredients in the OROGOLD 24K DMAE Wrinkle Tightening Solution.

This unique anti-aging formula features an advanced blend of skin-firming and tightening ingredients, including:

When it comes to using hyaluronic acid to diminish fine lines, this solution will not let you down.

Now, before heading off to buy yourself some hyaluronic acid-infused products, there is something else you need to know…

There are two main types of hyaluronic acid used in skincare: 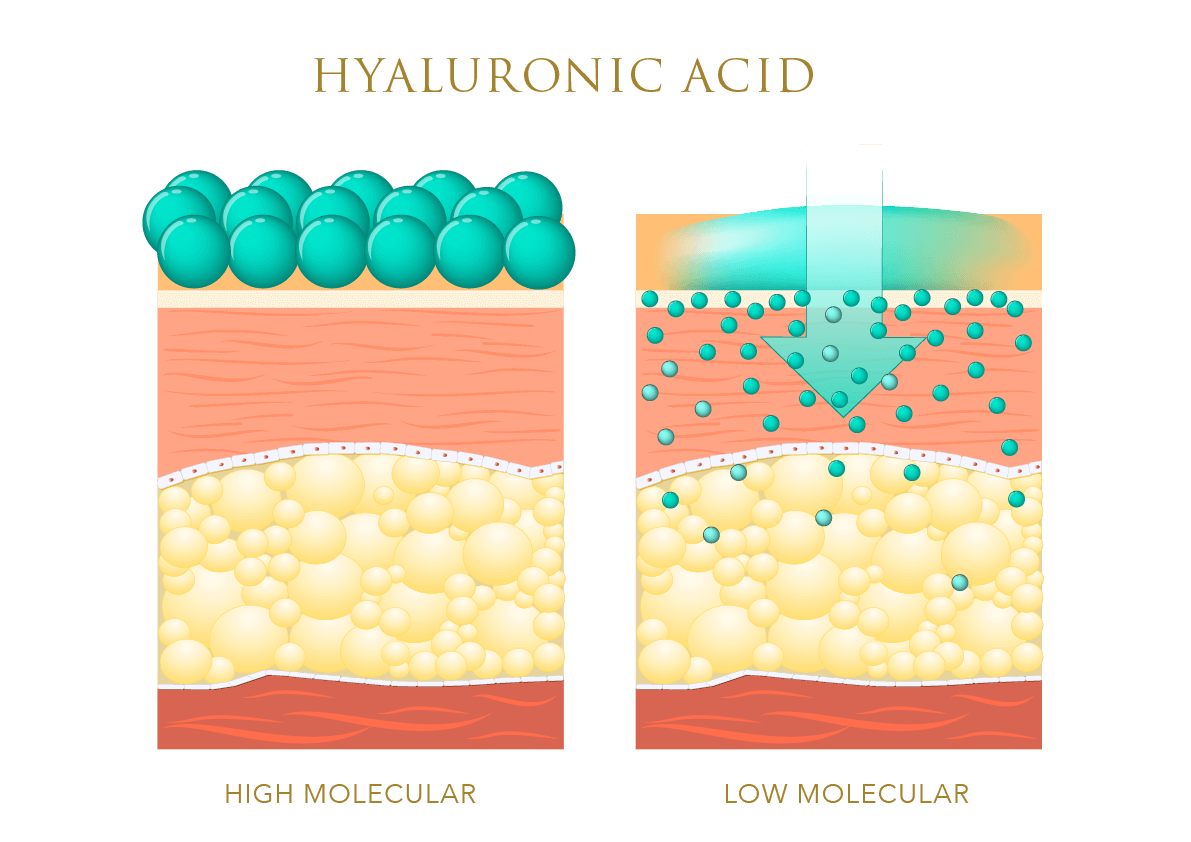 This basically refers to the size of the molecules that make up the hyaluronic acid.

Why do you need to know this?

Because high molecular hyaluronic acid consists of molecules that are pretty large. They are too big to penetrate into the skin, meaning that they sit on the surface instead, drawing moisture to the part of your skin that usually needs it the most.

However, if you want to treat those deeper skin cells to some extra hydration too, then low molecular hyaluronic acid is what you need, which is where sodium hyaluronate comes in…

Sodium hyaluronate is the salt form of hyaluronic acid, and its molecular size is much smaller. This gives it the ability to penetrate deeper into the skin than hyaluronic acid, where it can then target those skin cells that don’t often receive much additional moisture externally.

Does this mean that sodium hyaluronate is better than hyaluronic acid?

Not necessarily. Ideally, you want both the outer and inner layers of your skin to be able to benefit from this humectant, making it worth looking for a product that contains both hyaluronic acid and sodium hyaluronate. 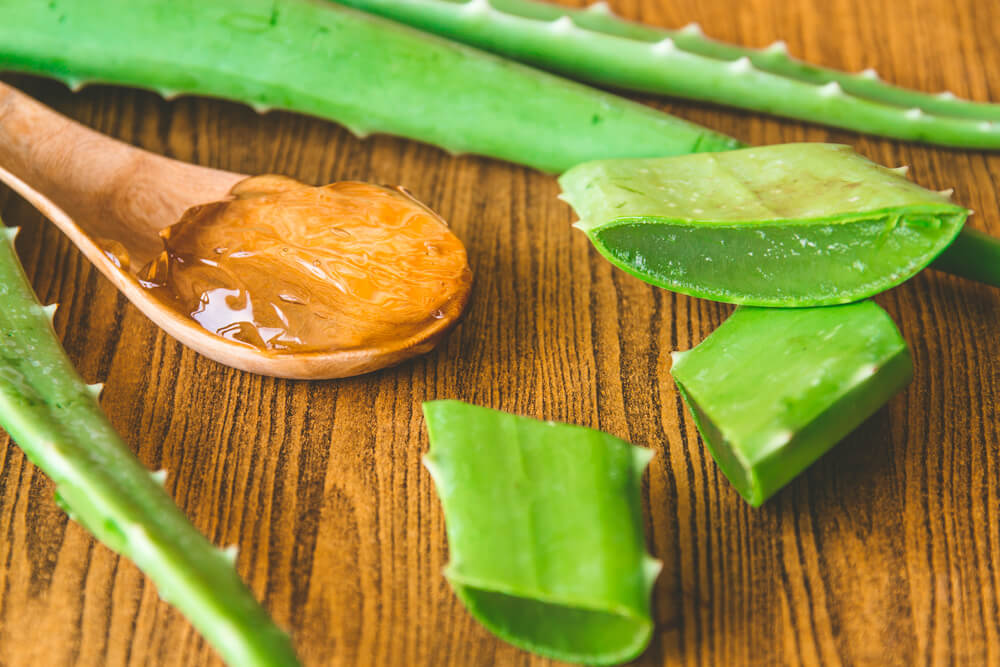 Just about everybody has heard of aloe vera before. After all, this plant has been around since ancient times, and has been used for cosmetic purposes for just as long.

Of course, aloe vera is usually revered for its anti-inflammatory properties. This is why it is such a popular sunburn treatment, because it can quickly lower inflammation, redness and pain.

It may surprise you to know that there are around 75 potentially active compounds in aloe vera, and some of these work as humectants.

Now, aloe vera may not be as powerful a humectant as hyaluronic acid, or as some of the synthetic humectants mentioned further down, but, due to its many other skin-boosting properties, it is well worth making more use of aloe.

Just like aloe vera, honey is an ingredient that has been used on the skin for thousands of years. It is a fantastic source of antioxidants, especially the darker colored honeys, and also boasts powerful antimicrobial properties. This is why it is commonly used to treat wounds, as it prevents infections while also promoting healing.

What many do not realize is that honey has hygroscopic properties too, which, as you already know, means that it can be classified as a humectant.

Glycerin, which can be either synthetic or natural, is a great ingredient for keeping the skin moisturized and hydrated. It can come from either plant or animal sources, and is also sometimes known as:

What exactly is glycerin?

It’s an oil that was accidentally discovered in 1779 by a Swedish chemist.

Whether you’re using a natural or synthetic form of glycerin, this ingredient is a powerful humectant, and is one that the skin readily accepts.

As an added bonus, glycerin brings with it a number of other skin benefits too, such as:

As you can see, this is a pretty amazing ingredient, which is why glycerin was incorporated into the formula for the OROGOLD 24K Cryogenic Restoration Cream. This cream also contains sodium hyaluronate, giving you the benefits of two powerful humectants. In addition to its humectants, the cream contains a range of vitamins and antioxidant-rich botanical extracts, making it a must-have in any anti-aging skincare routine.

Urea is a natural compound that is already found in the outer layer of the skin. In fact, urea makes up a significant part of your skin’s natural protective barrier, with this layer consisting of around 8.5% urea.

However, certain skin conditions can cause a serious decline in your skin’s urea levels, such as:

In addition to being a strong humectant, urea has a few other benefits too, such as:

Making the Most of Humectants 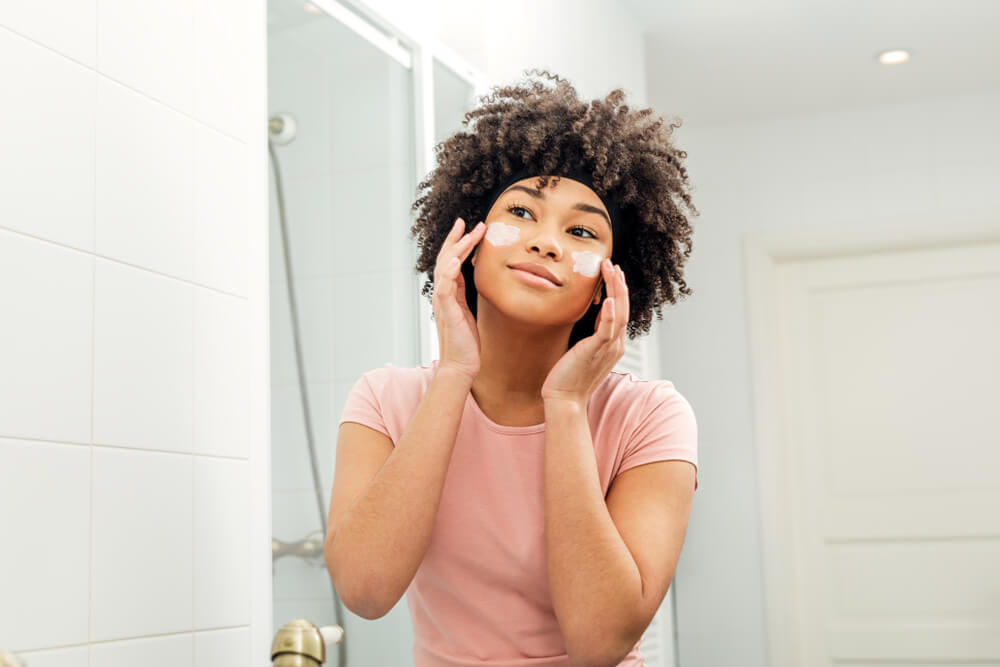 Now that you’re more aware of some of the different humectants out there, you have likely already identified a couple that would work well for your skin.

However, as mentioned above, humectants can sometimes cause more harm than good…

Ideally, you want any humectants you use to draw water from the air around you into your skin, rather than taking this moisture from the deeper layers of your skin, since those cells need that moisture too.

So, how do you make sure that the humectants you are using are working in the way that you need them to?

There are a couple of ways around this…

Firstly, you need to monitor how much and how often you are using humectants. Usually, only a small amount is needed for the humectant to have an effect on your skin. If you use more than required, then the extra molecules will not be able to find enough water in the air, leading to them reaching within your skin to draw out that important moisture.

Of course, it can be difficult to ascertain quantities when it comes to skincare ingredients. Different products will use humectants in varying concentrations, and each humectant will also have its own level of power.

So, one way to use as much of a humectant as you want, without having to worry about it drying out your deeper skin cells, is to always layer an emollient over the top of your humectant.

Just like humectants, emollients are another ingredient group. However, they work in a completely different way to humectants…

Emollients work by forming a thin, protective layer over the surface of the skin. This not only protects the skin from environmental damage, but it also prevents water from evaporating out of the skin.

When you apply an emollient over the top of a humectant, it forms a seal over your skin, trapping the humectant in. This means that even if your humectant ends up attracting water from the deeper layers of your skin, this moisture will not be able to evaporate away, ensuring that your skin is still able to enjoy full use of it.

Examples of effective emollients include:

The OROGOLD 24K Overnight Cream is a great example of a product that contains both humectants and emollients. In addition to sodium hyaluronate and aloe vera providing humectant properties, this formula also includes shea butter and jojoba oil for their emollient qualities, along with several other vitamins, antioxidants and botanical extracts.

The BEST Slumber Party for your skin! RSVP on all of the fun with the Overnight Cream from @OROGOLDcosmetics. When you make your purchase now till 5/20, on any 2 items from our White Gold Collection, you'll receive the second item free. SHOP NOW! #OROGOLD #OROGOLDCosmetics #BOGOdeals . . . #24Gold #24KGOLD #skincareGOLD #gold #OROgoldskin #OROglow #24K #24kwhitegold #goldenhour #classy #style #beautyboutique #goldqueen #goldlovers #beautycare #facial #beautysquad

Certain skincare ingredients end up in the spotlight much more than others, but it is so important to be aware of the bigger picture when it comes to your skin. While vitamins and antioxidants are crucial, so are humectants, no matter your skin type, making it worth quickly checking over the products you already own to make sure that you are using enough humectants on your skin.