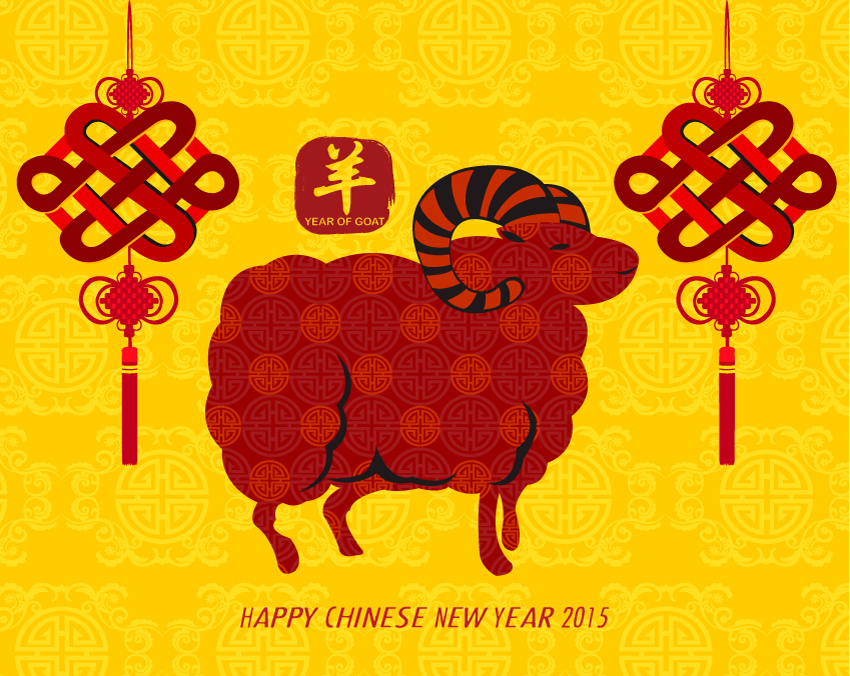 The Chinese New Year, also known as Lunar New Year or Spring Festival, is an Asian holiday tied to the ancient lunar calendar; it celebrates the beginning of the year on the darkest day of the month. The celebration lasts fifteen days and ends when the moon is the brightest. The legend behind it was that Buddha asked all of the animals to meet him on the day of Chinese New Year. Only twelve showed up, and Buddha named a year after each of them. The people born in the corresponding years would take on some of that animal’s personality.

Year 2015 is the year of the sheep. People born in sheep years are known to be sensitive and sweet as well as artistic and charming, with popular figures such as Jane Austen, Michelangelo, Mark Twain, and Orville Wright being born in sheep years. Each start of the year also has predictions of the fortune of the people born in different animal years depending on the relationship between their animal and the animal whose year it is.

People celebrate Chinese New Year by wearing the color red, write poems on red paper, and give money to children in red envelopes. The color red is symbolic of fire, which drives away bad luck and evil spirits according to ancient customs. People in China often lit bamboo stalks on fire to frighten away bad fortune; now, they set off fireworks for the same reason.

In traditional Chinese celebrations, New Year’s Eve dinner would consist of a last course of a fish that signified abundance and was left uneaten. For the next five days of the New Year, families would eat long noodles that symbolized a long life. On the last day of the celebration, families would share round dumplings metaphorically shaped like the full moon that were meant to show the family unit and perfection.

The last day of the celebration also includes the lantern festival. This festival became more prominent when Chinese immigrants in the United States not having family to share the holiday with. Instead, they found a sense of community with each other and hosted these large street celebrations. People hang lanterns often decorated with animals, flowers, and zodiac signs on temples and houses and carry them to a parade complete with the full moon’s glow.

One of the key features of the lantern festival is the dragon dance. The dragon is usually made of silk or paper and bamboo and can be as long as a hundred feet long. Young men or women hold up the dragon and make it dance down the street. Chinese ribbon dancers are also common additions to the festivities; they are thought to have originated from the Han Dynasty in 200 BCE when a man supposedly save an emperor from assassination by defending him with his sleeve made of silk. The Chinese-American celebrations often have more American elements such as parade floats and marching bands, as well.